And anything else wild, furry or feathered… All photographs © Heidi Farmer

The one creature we can’t help but gushingly adore.   While most humans can appreciate birds, not everyone is gaga about them.  Owls, on the other hand, seem to have a special place in every human’s heart.  Owl images and videos passed through social media seem to far exceed that of any other wonderful creature on this planet, flooding hundreds of pages on Instagram, Pinterest, and YouTube – most with pages dedicated to this very bird.  Many locals flock to the local Audubon Society’s Raptor Weekend just to catch a glimpse of an owl in person, and feed the infatuation one has with them (like this little screech). 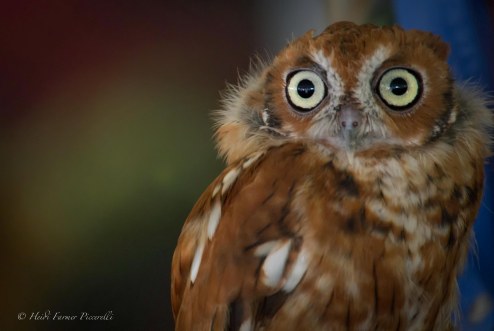 They are, simply put, adorable.

Is it the wide eyes with the cunning wink that draws us in?  Or the fact that their gaze instantly makes you forget about time and space around you?  It could be that they are just such mysterious raptors which are very seldom seen, yet heard, and that keeps us intrigued?  Makes one wonder if seagulls lived this way, would we have the same feeling about them? – and P.S. I do like Seagulls.

My personal infatuation with owls crept in as I was honing in on my love of photographing wildlife and birds.  For me, the fact that they were so mysterious and seemingly impossible to find made the challenge more fun and interesting.   For the last couple of years my photography buddies and I would set out to find them in the woods, usually after getting word of a recent sighting.  We didn’t care how long the drive was, or how deep into the woods we had to walk carrying our heavy lenses.

We   were   on   a  M I S S I O N…  Although this “mission” always ended empty-handed with camera cards full of everything except an owl,  you can’t ever be disappointed in times spent with friends.

In an earlier post “The Birthday Present”,  I tell the story of how, after basically wishing for one to show up,  I finally met my first owl in the wild in my own backyard.  This new friend, had a friend, and they became the essence of my world this spring as I spent hours admiring and photographing them. 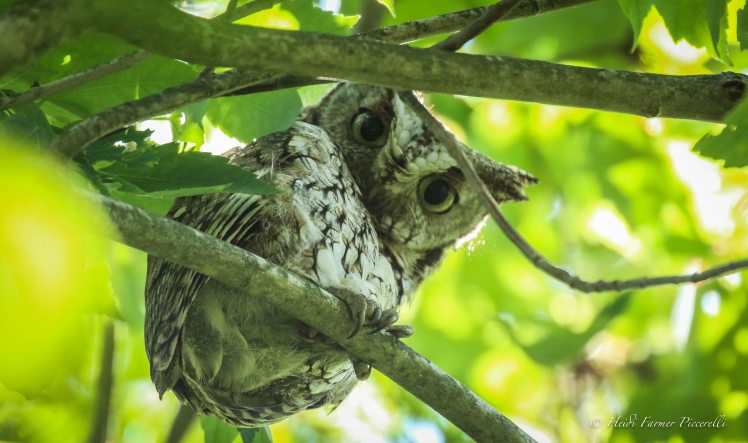 Lawson, named after my mother’s deep birding family, was the first to take residence.   Louise, named after my father’s mother (she, too, was a birder) showed herself much later.  Both seemed not to mind our presence, and seemed to know “woo” we were at all times as we went about our business in the yard.

Here she is preening…

More stories to follow, but for now I hope you enjoy the video footage of our lil’ friends – AND the surprise of a lifetime!

“Christmas 2014, my husband gifts me with the present of a lifetime knowing how much I yearned to see and photograph an owl. The Screech box went up in January, and by March 1 we had a resident. The rest is history, and they day before I left for a trip to CA I had an even greater surprise which I will forever be grateful for… Most of the footage was taken without a tripod, which is obvious when viewing this, but I never wanted to disrupt the owl so was careful to be as nonexistent with a 300mm lens as I possibly could be. Both the male and female were unusually comfortable with our presence as we tended to our daily lives. The footage in the beginning of this video was taken at the same time my husband was working on a construction project beneath! At times you can hear banging, cars, and the usual noise of life while they hunt & sleep.” – Heidi Piccerelli

Here are just a few of my favorite owl videos on YouTube  – enjoy the cuteness!!

Lover of all birds, wildlife, the great outdoors, and sharing stories through my lens.